Followed at 3pm by:
Group organising meeting including a go round of problems with benefits,
services etc, other ways of promoting the public meeting and discouraging
medical professionals from working for ATOS. 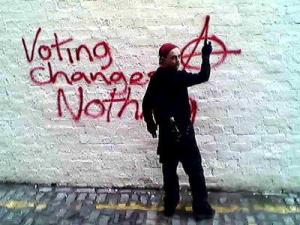 August 19 is celebrated by Afghans as Afghan Independence Day and represents the signing by the Afghans and the British Imperialists of the Treaty of Rawalpindi on August 19 1919. The British Imperialists, after three bloody wars, gave gave up their imperialist dreams of occupying Afghanistan. On her recent visit to Afghanistan, Hilary Clinton, with unashamed hypocrisy and utter audacity, congratulated the Afghan people on their 91 years of independence. An independence that has seen almost 10 years bloody Soviet occupation followed by a further almost 10 years, and even more bloody, US/UK occupation that is still ongoing.

It appears that when the US invades and occupies a country that is freedom, but when any other country does likewise, it is tyranny. It is simply a matter of state logic, we are always righteous and for freedom, they are always tyrannical and repressive.

In the past it was workers blood that was shed on foreign soil killing workers at the behest of our imperial masters. Now it is workers killing workers on foreign soil at the behest of the corporate world, with the state giving it the stamp of legitimacy by supplying the cannon fodder. Never has it been for the benefit of the workers. In the past crowns got extra jewels and mansions were built on the blood of the spoils. Now oil and minerals, contracts and markets are added to the corporate portfolio. History surely tells us that this system of states is not for the benefit of the ordinary people.