A chance to hear how the ecology movement and anti-globalisation movement functions in America. We can all learn from one and other, Panagioti Tsolkas has been active in the Earth First movement in America for most of his adult life and has a wealth of experience to discuss. This is a free event but it would help if you let ann arky know if you intend coming along, so that we can assess numbers. We need to get enough cups for the tea.

A History and Future of the International Earth First! Movement, from ecological resistance to revolutionary struggle.

A short intro to talk:

The Earth First! movement, which began in 1980, has had a presence in several countries around the world. While the movement has been relatively small in numbers, it has had a significant impact both in influencing other social movements and the society at large. Earth First! has challenged people to take the human species down off of the industry-constructed hierarchy of the planet’s wild nature. It has succeeded and survived so long precisely because the style of anarchistic organizing and decentralized direct action which it uses. By reflecting an organic, spontaneous wildness we see in the Earth, we have endured through the state repression and spirit-crushing misery of industrial domination…

Followed by a short period for discussion and questions. There will be tea and biscuits to help to smooth things along.

More on Earth First! can be found online at EarthFirstJournal.org

Every month in Glasgow I put out a free paper called, The Anarchist Critic. You can down load the latest, issue 110 as a PDF HERE.

The Anarchist Critic Archives as PDFs: 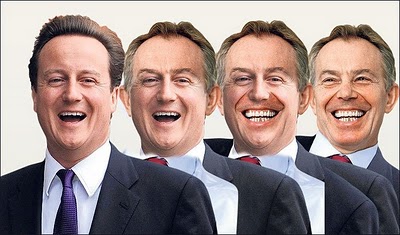 “They’re laughing at you.”

I was at the mass “demonstration and rally” against the cuts, held in Edinburgh on Saturday 23rd. The figure was put at about 20,000, it was very colourful with lots of banners fluttering in the stiff breeze. As we marched down Princes Street it seemed to be a very sombre, quiet and sedate affair, we could have been following a funeral. At this point a comrade turned to me and in a cynical manner stated, “This will have them shaking in their shoes.”  When was the last time a government in this country changed its policies because of mass demonstrations and rallies? It certainly wasn’t the Iraq war, it went ahead in spite of the largest demonstrations seen in Britain and across the world for many a year. It wasn’t the poll tax, the poll tax disappeared because of civil disobedience, non-payment and grass roots organisation and the marches and rallies turned to riots. Around 11am. on Thursday 21st. 11 people occupied a large bank in Glasgow city centre and closed the bank for a couple of hours. They left before there were any arrests. Those 11 probably had a greater impact than the 20,000, though the 20,000 gave a lot of police officers some easy overtime payment.

If you want a government to move in a particular direction then you have to have strategies other than marching from A to B waving your banners and shouting at the selective deaf. Selective targets, boycotts, work to rule, occupying and selective picketing have to be among your weapons, Surprise and unpredictability are the hallmarks of good planning, mass rallies may politicise more people and can be a gauge of the support for a particular idea but are hopeless weapons by themselves if you are trying to implement change.

If everybody at that demonstration and rally went back to their community and workplace and organised to fight at that level, in federation with other communities and workplaces, it would have a far greater effect than organising another and bigger demonstration and rally in a few months time. The struggle for change has to be every day and everywhere.