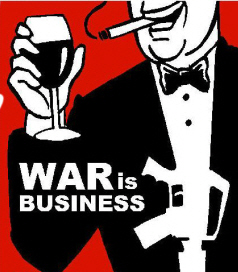 He was another Christian fundamentalist war mongering nutter mouthpiece of the state so why allow him to bask in the illusion of popularity. He became a millionaire on the blood of others.

We’ve had a huge response from our members, supporters and the press to the protest we are organising outside Waterstone’s, Piccadilly on Wednesday 8 September, 12:30pm, when war criminal Tony Blair will be at a book-signing event to launch his memoirs.

A measure of how outraged people are by a bookshop hosting an event as if Blair is like any other author publicising a book, rather than indictable for war crimes. Within days, our e-lobby has seen 1000 users ask Waterstone’s to cancel the book-signing. You can find the e-lobby at http://bit.ly/93tbfF .

We’ve turned this into a petition for use by local groups, which can be downloaded here: http://tinyurl.com/386xtzm