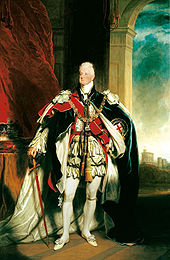 As the narcissistic ballerinas of the West Minster House of Corruption prance about in their illusionary world of necessary cuts spouting that there is consensus in the need for savage cuts, not one has suggested some savage cuts to the military spending. For example, how about saving £4 billion a year by ending the war in Afghanistan or saving £70 billion by scrapping Trident, which is more than the millionaire cabal say is needed to balance the books. With one piece of legislation they could wipe out the deficit and end the pointless slaughter of young members of the working class, 298 to date and rising, plus the pointless slaughter of thousands of Afghans, children, young, old, men and women.

But no, I’m afraid our millionaire friends believe that we are all behind them in this vicious attack on the living conditions of our class. We have even been asked where we would like the axe to fall. A bit like being allowed to select the axe that you will be behead with. We are being asked to take our living standards back to the Victorian era so as to safeguard the profits of the bond markets. Our millionaire friends know who their friends are, and it is not you and I. They also know where they stand in the class war, fair square behind the financial and bond markets, after all that’s where they keep their loot.

This is class war, too many ordinary people are swallowing the propaganda of the enemy and accept the illusionary view that the millionaires’ club are doing all this to save us from further pain. We are supposed to inflict ourselves with pay cuts/freezes, cuts in social benefits, cuts in health, education, pensions and drastic cuts to the social fabric of society on top of rapidly increasing unemployment, the effects of which will last for years, and all this is for our benefit??? What pain will fall on the millionaires club, how will the parasites sitting in that West Minster House of Corruption suffer in these “difficult times”? Can we trust a bunch of parasitical, narcissistic, well manicured millionaires to organise society to the benefit of all? Do we need them? I’m sure we have the imagination and the ability to organise society to suit the needs of all our people, a society freed from the greed of the millionaires and the profit seeking god they worship.

2 thoughts on “NARCISSISTIC BALLERINAS FROM THE HOUSE OF CORRUPTION.”