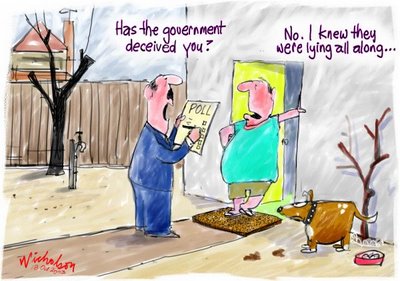 The government recently announced that it has missed its target of lifting children out of poverty. The government’s definition of child poverty is when the family income is below 60% of the national average. A strange target to miss for one of the richest nations in the world. However while poverty continues to crush and destroy potential of more than 3.4 million children, a conservative estimate, the government of this wealthy nation absolves itself of blame and turns a blind eye to the greed of those pilfering parasites who have plundered the wealth of the nation and avoided paying taxes. Of course there is the usual platitudes about doing better in the future, however a former welfare reform minister warned that, “The pot of money for major new welfare reform projects is now empty.” Though I doubt if the pot of money for the illegal Iraqi, Afghanistan invasions is now empty. Capitalism’s strange priorities.

Compare that welfare empty pot with the facts from the BBC2’s “No tax please, we’re rich” which estimated that Britain loses £10 billion per year through tax avoidance by the “super-rich”. A previous estimate by the Guardian 12/4/02, put the figure at £85 billion. More than enough to fund the problems we have in welfare, health care, education and public transport. This figure does not include the even greater amounts stashed away in tax havens by the greedy multinational corporations. The contrast of children in poverty and the “super-rich” stashing their millions away in tax havens is part and parcel of the capitalist system. Of course this stashing away is theft of the nation’s assets, condoned by a complicit government who have members in that “super-rich” category. So don’t expect them to do anything about that problem.

In the run up to the 1997 election the Labour party funded party-political broadcasts promising to tackle corporate tax avoidance. However that was before they were elected, once in power it is expected of them to cozy up to the corporate greed machine as the two of them are arms of the same corrupt beast. Once again as we run up to another election we are getting similar promise about a fairer and equal society. That is of course with the millionaires running the show. The government’s latest pretence at tackling tax avoidance is a series of adverts asking you to grass up your neighbour for working on the fly, ie: the baby sitter, the handy man that does the odd job, the plumber, and the joiner. At no time in the adverts do we see the men in suits with their laptops and brief cases, the ones who really know how to rip off the system and get away with millions. That’s capitalism.

Only when we dismantle this corrupt festering marriage of state power and corporate greed and replace it with a system of social justice based on the needs of our communities and not on the avaricious desires of sweaty palmed packs of “super-rich” will we see an end to child poverty.