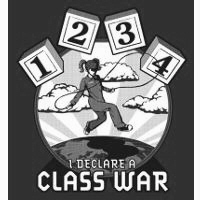 Another one of those sneaky little things that slip by in this class ridden society that most ordinary working folks probably don’t know is that all those posh private schools where the rich send their kids to be groomed to expect privileges they haven’t earned, have long been granted “charitable status.” These must be without a shadow of doubt, the swankiest charities in the country.

Private schools create and sustain privilege and social divisions, they drain resources from the public sector schools. They feed the class based idea that education is a privilege for those who can afford the price. While public state schools are facing closures and cuts, and we are continually being told of the lack of funds available for improvement, the private schools with their healthy income from the well-heeled, receive this grossly inaccurate classification of “charitable status.” It was revealed recently that the top private schools in Scotland have an income of some £165 million. In spite of this they receive what is in effect a subsidy from you and me in the way of tax relief because of this “charitable status,” do you see private schools as a “charity”? Take your kids along and find out. What “charitable status” in this case really means is that you and me help the rich in making sure their kids receive the same privileges that they themselves are accustomed to receiving.

Of course there is nothing new in this sort of arrangement where the poor help the rich to maintain their privileged lives. After all, that’s what capitalism is all about, siphoning the wealth upwards from the workers who create it to the privileged who believe they have a right to it. Those who have shall get more and those who have not will have to do without, is the basic rule of this greed driven system.