European policy of Fortress Europe, preventing people from anywhere in the third world getting here, kills. When people are attempting to escape persecution or poverty or both they will take desperate measures. Instead of welcoming them and offering them a chance to contribute, Europe shuts the door in their faces and can inflict even more hardship or even death on their already tortured lives.

According to recent information at least 13,300 people have died since 1988 along the European frontiers and app. 5,300 went missing at sea. In the Mediterranean sea, and through the Atlantic Ocean towards Spain, 9,400 migrants died. In the Sicily channel 3,200 people died along the routes from Libya, Egypt and Tunisia to Malta and Italy, including 2,100 missing; 175 people drowned sailing from Algeria to Sardinia. Along the routes from Mauritania, Morocco and Algeria towards Spain, through the Gibraltar Strait or off Canary Islands, at least 4,400 people died, including 2,315 missing. 1,081 people died in the Aegean sea, between Turkey and Greece, including 610 missing, 610 people died in the Adriatic sea, between Albania, Montenegro and Italy, including 230 missing. But the sea is not only crossed in makeshift boats, it is also crossed hidden inside registered ferries and cargo vessels, 162 men died, asphyxiated or drowned in these circumstances.

For many people the Sahara is a dangerous but necessary route in order to reach the sea in an attempt to escape to a safer and better life. People cross it on inappropriate trucks along the tracks between Sudan, Chad, Niger and Mali from one side, Libya and Algeria on the other. These routes have claimed at least 1,715 lives since 1996. But according to survivors, nearly every trip counts its victims. So the numbers could be much higher. There are also the victims of the collective deportations practised by the Tripoli, Algeria and Rabat Governments, of taking and abandoning groups of hundreds of migrants in open desert areas.

The wealth of Fortress Europe is created by exploiting the third world, it needs that devastating poverty to continually enrich itself. Those exploited in the third world are workers striving to exist just as we do, but they do it in much more arduous conditions. We as workers should open the doors to all workers in an attempt to rid the world of this exploitation. We should not be manning the barricades against our own kind to protect the exploiters. We should be pulling down the borders and put an end to the killing. We can put an end to the desperation that drives people to face death just to improve their lives. It requires solidarity between all workers in this corporate controlled world. 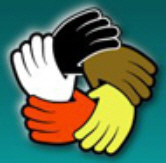