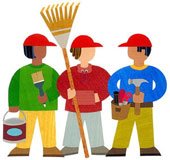 Rather late with this post but thought it was still worth posting.

Subject: Poland: City is not a company!

37 anarchists arrested in Poznan City is not a company!” – 37 anarchists arrested in Poznan after clashes with cops. On Monday, 8th March, about 50 people from Rozbrat squat Collective made a demonstration in front of the gate of Poznan International Fair Center, where a congress of local councils from all over Poland was taking place. Shouting slogans “City is not a company. Rozbrat stays!”, the anarchists blockaded the gate. Many cars with the officials were forced to turn back. After a while, the protesters decided to walk inside the premises of the Fair, they were not stopped by anyone. Then, they tried to go inside the building where the congress was taking places. They were attacked by the police. Some of the anarchists were heavily beaten up, 37 were arrested and driven to three different police stations. Most of them are already released with minor charges. From the information we were able to gather, 3 people will be charged with an attack on a functionary, those three are still in jail. The demonstration’s aim was to show that the city council in Poznan is not interested in developing the social-cultural side of the city but they only care about the profits coming from the wealthy investors. Activists from Rozbrat have been coming to the meetings of the city council for over a year now and the officials have never been interested in doing anything about our situation. They have been debating over a local development plan for the district of Solacz, where Rozbrat is situated and this debate has been taking them so long only because so many ordinary people have come and have been opposed against it. According to the plan, there will be a villa neighborhood on the premises of Rozbrat. Meanwhile, another culture center, the Inner Spaces gallery, which was renting a bulding from the city, has just been removed and the city decided to rent that space to a restaurant. Two independent and long-running cinemas Malta and Amarant also have to close down because they have been dominated by the big multiplex cinemas and they also haven’t received any support from the city council. Still, the authorities are standing for the title of the Cultural Capital for Poznan in 2016. Monday’s action was a call for the demonstration on the 20th March. We won’t give up without fight!