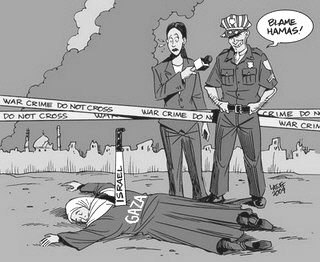 The Israeli state with its spin, complicity of other imperialist states and the world-wide Zionist lobby has succeeded in convincing world public opinion that it is a poor small state, an innocent victim merely trying to protect itself. As a victim it can avoid responsibility, a victim cannot be held accountable. However, the facts don’t convey that picture, Israel is the world’s fourth largest nuclear power, but still spouts the image of the poor little kid in what Netanyahu refers to as a “neighbourhood of bullies.”

Israel produces 10% of the world’s arms and is the largest recipient of arms the US distributes to malevolent regimes around the world, yet still maintains the stance of the poor little victim in its conflict with the Palestinian people. Israel is an imperialist occupying power, that since 1967 has expropriated hundreds of thousands of acres of Palestinian land for its own illegal settlements, demolished over 11,000 Palestinian homes, has repeatedly attacked densely populated cities such as Hebron, Bethlehem, Jenin, Ramallah, Nablus and Rafah with artillery, bombs, laser-guided missiles and snipers. Yet the Israeli state still escapes accountability for this state terrorism, still crying “poor victim.”

Israel has an economy three times larger than Egypt, Jordan, Syria, Lebanon and Palestine put together. It has created a situation where 70% of the Palestinian people live on less than $2 a day and still escapes any responsibility towards the innocent people it rules.

In recent years the military might of the Israeli state, with the financial support and blessing of the US, deliberately killed members of an innocent civilian population and wreaked havoc on the infra structure of another country, Lebanon. More recently the “poor little kid on the block” ripped apart and slaughtered the people of Gaza, a third of those killed were children, and it does it with complete impunity, while the other imperialist states make rumbling noises about a peace keeping force to protect poor little Israel.

Today in brazen fashion the Israeli state openly spouts plans to evict yet more Palestinians from their homes to build more homes for Jews.

Who will rebuke the Israeli state, who will hold it responsible? Certainly not the other world imperialist states, Israel is a member of the powerful imperialist club and as such can carry out these barbaric acts and expect no more than a few platitudes and some insincere finger wagging. Only the people can call a halt to this barbaric system of state terrorism and only when we join hands across borders as brothers and sister and create a world of communities based on mutual aid, labelling the state system and its bed partner, corporate capitalism, as “man’s darkest hour” and throwing it into the dustbin of history.